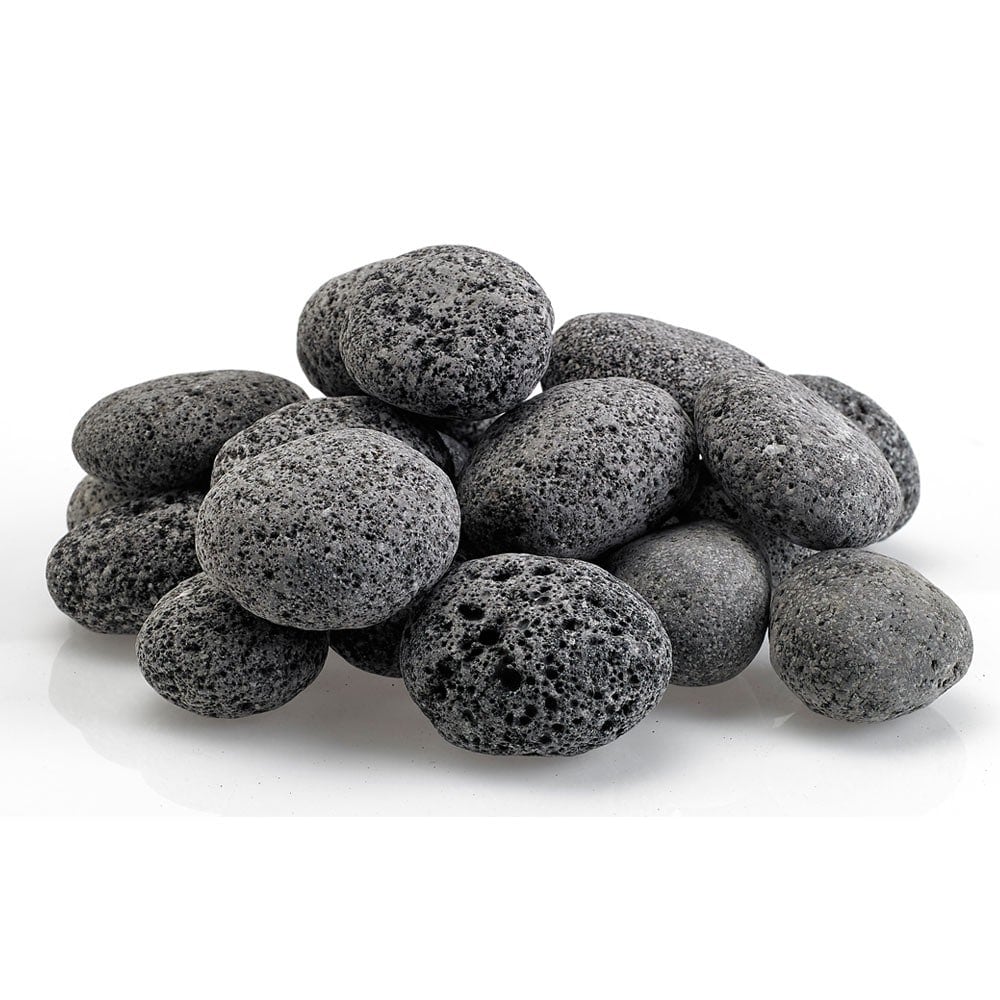 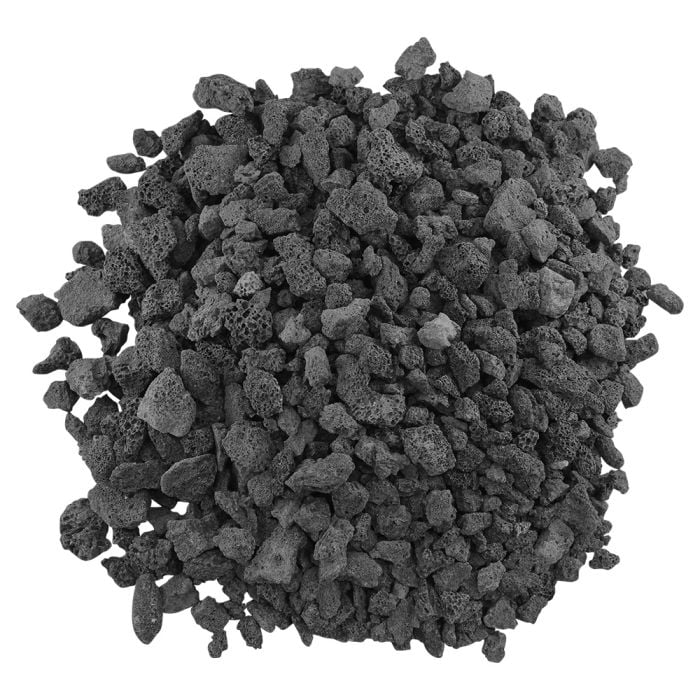 Lava Rock is, as you know, the result of Volcanic activity, and therefore pretty well disposed to handling the comparatively low temperatures of a fire pit or fireplace.

It is formed as Volcanic rock or magma rises to the surface and begins to cool at the same time as releasing gas, which creates the rough surface of the Lava.

As a decorative media, we have two options of Lava Rock available, Lava Rock and Lava Stone.

Lava Stones are to big to be used as a filler in fire pits and fire places.

For many years, it had been used as the finishing touch in fire pits and fireplaces. More recently, it has taken a back seat to more colorful fire glass.

Even if it does not have the staring role in your fire feature, it still has an important and practical function to fulfill.

How To Use Lava Rocks as a Filler

People are often surprised by how much Fire Glass they need to finish off their fire pit.

The ‘Pro Tip” here is to use a small-sized Lava Rocks as a filler underneath your fire glass. Generally, this reduces the amount of fire glass you need by about half! 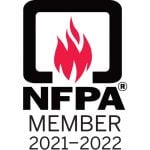