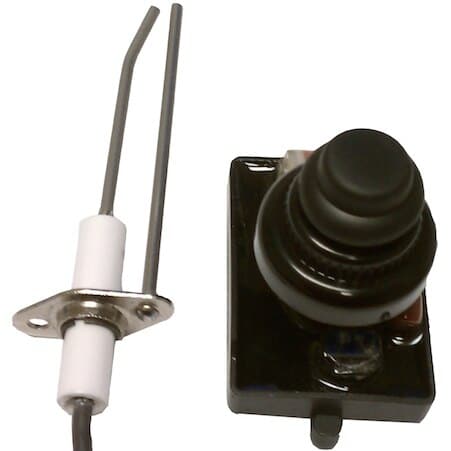 All American Fireglass fire pit pans and trays have a removable plate in the base of the tray to locate the spark ignitor probe, making retrofitting the system relatively simple. 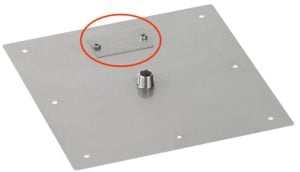 The Ignition Probe connects via an electrical cable to the push button unit, which also houses the battery neatly out of sight, but easily accessible.

American Fireglass also supplies a Spark Ignition Mounting Plate, which holds the Push Button unit and the Shut Off Valve on a stainless steel plate, ready for fitting on your fire pit structure. 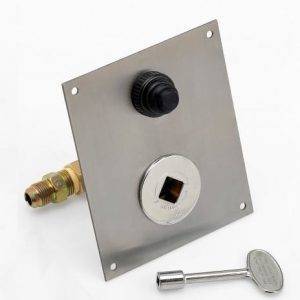 How To Use Your Push Button Spark Ignition Kit

Lighting your fire pit is simple. Turn on the gas using the Shut Off Valve, allow a short period for the gas to flow, and then push on the spark ignition button.

Flame height is controlled with the shut-off valve, and the fire pit is turned off by shutting off the gas.

With a Push Button Spark Ignition Kit, there is no more messing around with matches or tapers.

WARNING: This product can expose you to chemicals including LEAD AND LEAD COMPOUNDS, which are known to the State of California to cause cancer and birth defects or other reproductive harm. For more information go to www.P65Warnings.ca.gov/