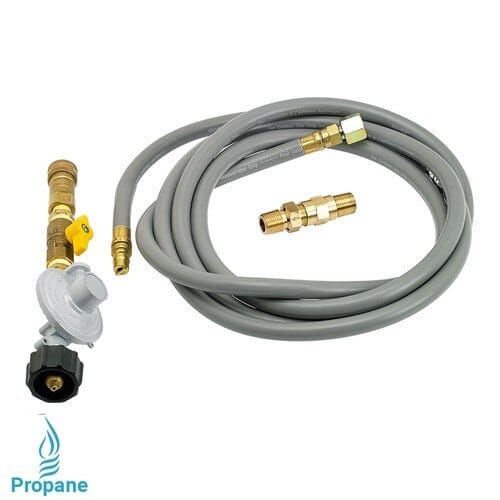 This Propane Tank Connection Kit comes complete with everything needed to hook up your outdoor fire pit ring or burner to propane.

The Installation Kit is designed for propane match lit, outdoor applications only.

Good quality. Perfect BTU output. This photo is with it half open