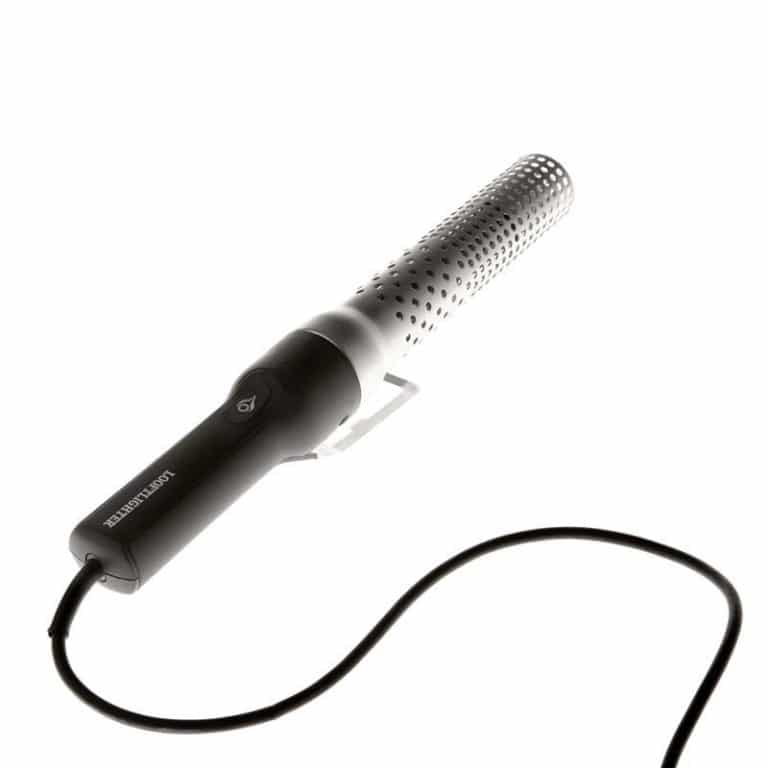 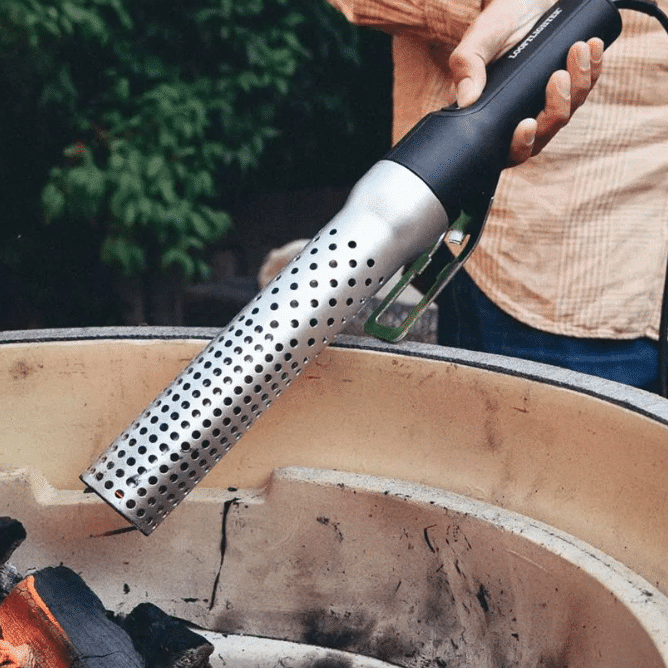 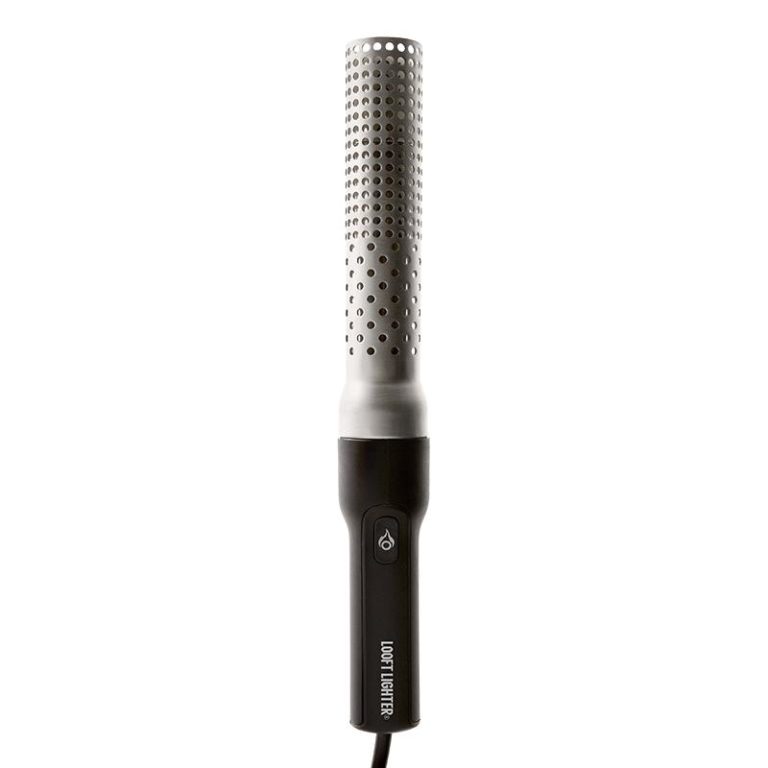 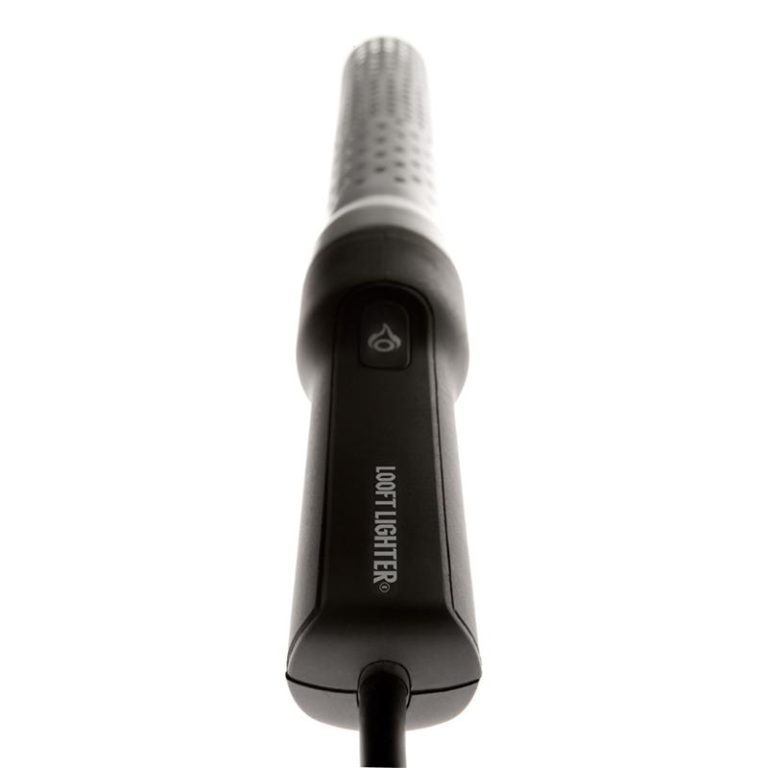 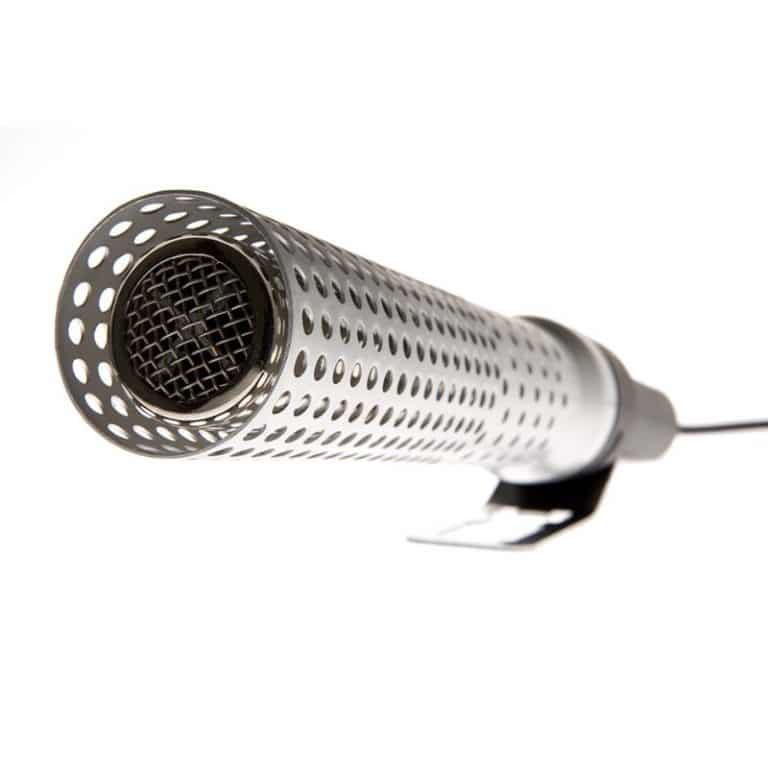 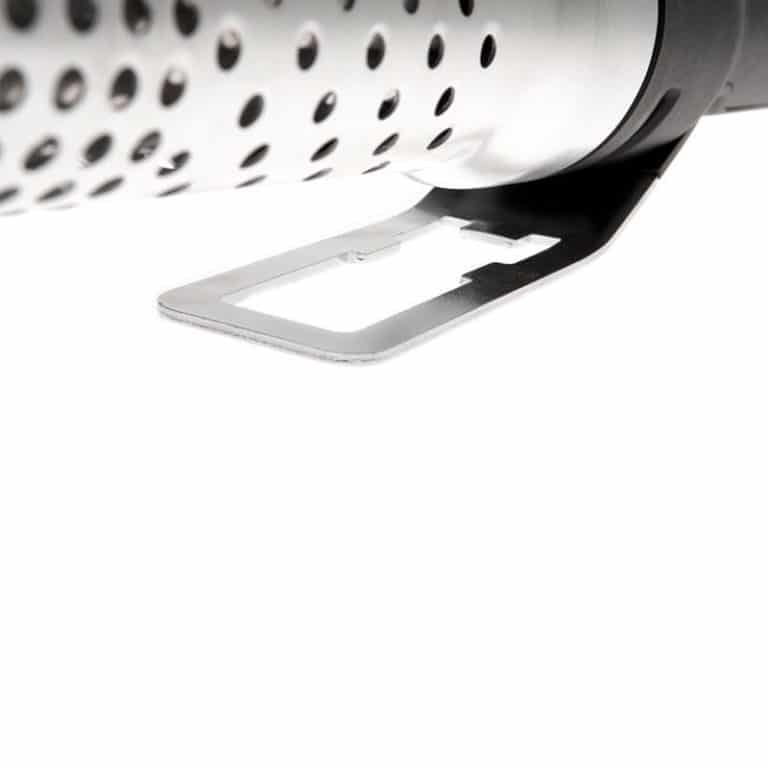 The Looft Lighter 1 is the perfect solution for all of us who struggle to get a fire, BBQ, or charcoal alight. After all, fire lighting is an art, and not everybody has the time or inclination to perfect it.

However, no matter how good you are at fire lighting, charcoal, for example, can take an age before it’s ready.

A Looft lighter 1 is the fastest charcoal lighter available; it will start the fire in 60 seconds.

The superheated air creates the perfect glow quicker than any other lighting method, whether with charcoal, briquettes, logs, or other combustibles. You more time to enjoy the company of your family and friends around the BBQ.

What’s more, you’ll never have to smell, or worse, taste lighter fuel on your barbecued food again. The Looft Lighter 1 is a much better fire lighter than lighter fluid!

In fact, it was the lighter fluid taste on the food of Swedish Inventor Richard Loofts’ 9 years old daughter’s birthday BBQ that led to the invention of the Looft Lighter 1.

On that day, Richard resorted to sending out for pizza; the BBQ tasted that bad.

So Richard searched the market for a suitable alternative to lighting BBQs etc. Unable to find anything, he decided to invent one.

The solution began to evolve when Richard put some charcoal into his electric toaster and pointed an electric vacuum cleaner with reversed airflow at it. Within seconds the charcoal was glowing, and Richard had the basis for his invention.

The Looft Lighter is exceptionally versatile; it can light a charcoal grill, a pizza oven, wood-burning fire pit or fireplace, briquettes, and practically anything that needs to be ignited.

It is really fast too, reaching 1200 degrees, and will light charcoal in 60 seconds.

It is also is very safe; there is no lighter fluid, no gas, and no flames, only superheated air. The Aluminum safety casing cools down just seconds after use.

Clean, green, and environmentally safe. No CO2 emissions, no lighter fuel, and no toxic chemicals.

How To Use Your Looft Lighter 1

1. Set Up — Stack up your fuel, charcoal, wood-chips, or logs. Touch one area with the tip of the Looft Lighter and press the button.

2. Steady Aim — Keep your Looft Lighter pointed at the same spot for around 60 seconds.

3. Back Off — When a glow or sparks appear, pull back the Looft Lighter a few inches. This space will help spread the heat out and do its magic.

Follow 1-3 above, and you will, in just 60 seconds, have a glowing area of charcoal. To spread that glow to the rest of the grill, keep the Lighter on it for another 5 minutes. The Looft Lighter’s airflow will fast forward the process and turn all the charcoal grey. 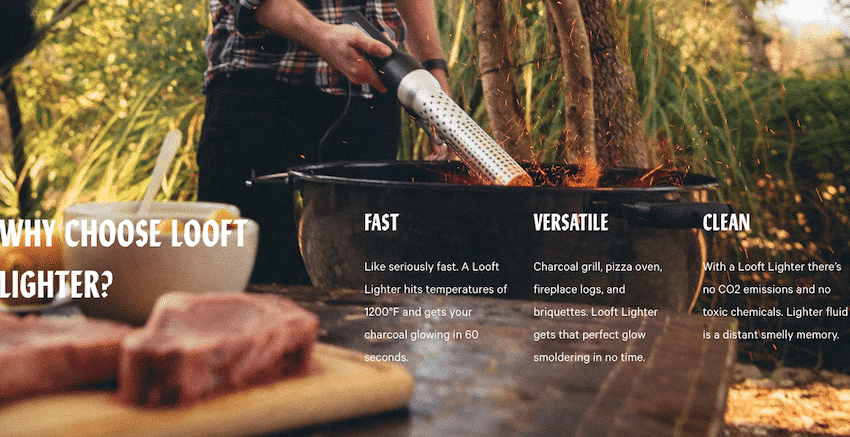 If you need a Looft Lighter to take camping, tailgating, or anywhere an electrical socket may not be available, take a look at the new Looft Lighter X. This fully portable unit performs ten lightings on one charge.

Looking for some BBQ inspiration, check out some great easy BBQ recipes from Olive Magazine.

Some people love to line dance or play baseball on the weekend. Not Richard Looft, inventor of the Looft Lighter. Originally from the Swedish archipelago, Richard loves outdoor life, in particular he likes to show off his grilling skills to family and friends. So, when a BBQ disaster struck at his daughter’s 9th birthday in 1997, Richard took it hard. It was a beautiful sunny day and Richard had invited family and friends over to celebrate. He’d been diligently grilling a chicken, but when it came time to eat the juicy poultry, it tasted like he’d used lighter fluid for the marinade. Totally bummed, he did what anyone would do, he threw the chicken in the trash and ordered pizza. As soon as the party was over, he began searching the internet for a product that would get rid of the need for lighter fluids. And found precisely nothing. Knowing that lighting fuel required two key elements – heat and oxygen – Richard got experimental. Without a thought for his own safety, he poured charcoal into his bread toaster and turned the air flow around with his old vacuum cleaner – and voila, sparks flew in seconds. He had discovered the fastest and cleanest way to light charcoal! A few years, and a lot of hard work later, Richard stood looking out over Stockholm harbor with a container filled with 5000 pieces of his invention, ready to share them with the world. Now the Looft Lighter is sold in over 30 countries, and due to the superheated airflow, it’s the most efficient, quickest, safest, and cleanest way to light charcoal and wood. 15 years down the line, it has top reviews, press coverage, and an ever-expanding base of loyal Loofters. Because fire makes the best food seasoning. Not lighter fluid. 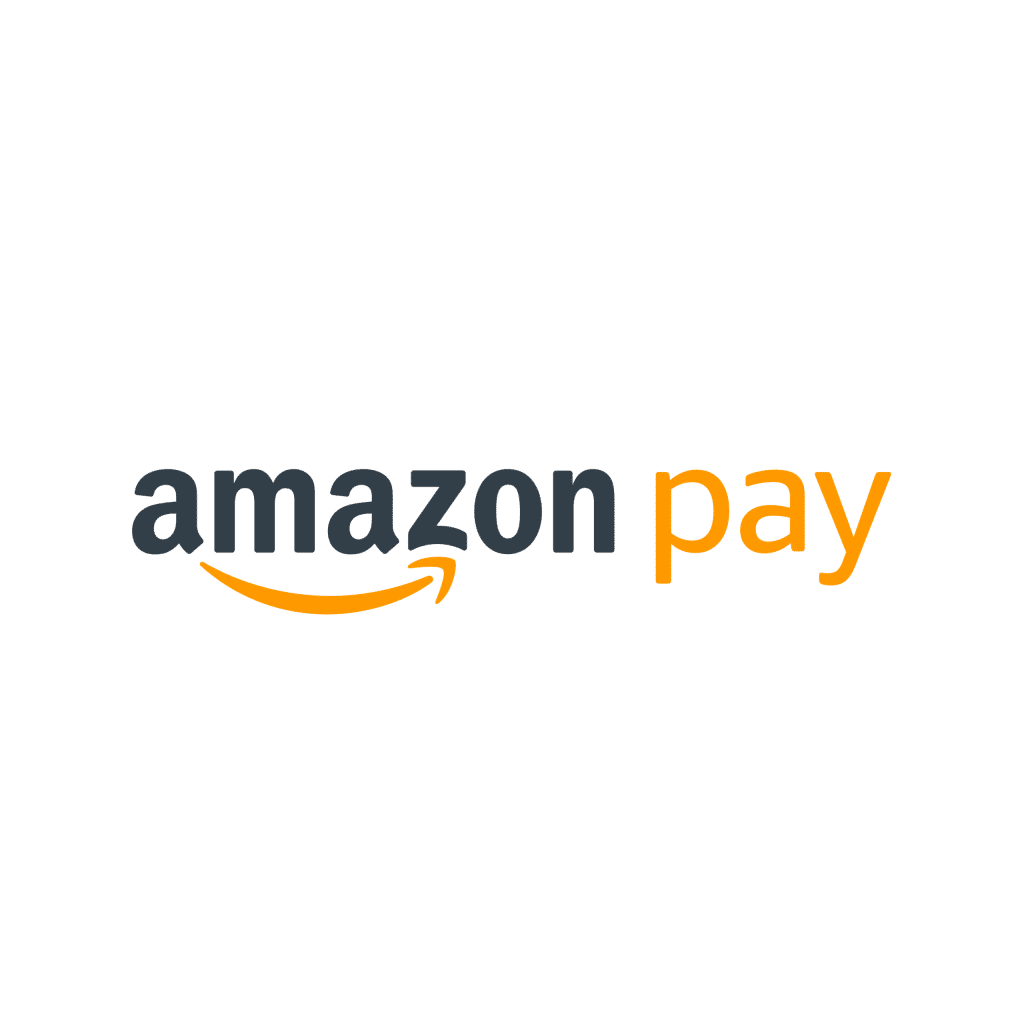