If you have a large size fire pit or fireplace, we recommend the 1/2″ size glass, which will not appear to be overwhelmed by the size of the fire feature.

For smaller fire features, you may prefer the 1/4″ Evergreen Reflective Fire Glass.

What Is reflective Fire Glass?

Reflective Fire Glass has a mirrored finish on one surface, multiplying the reflections of flames and light dancing off the surface of the glass.

What Is Fire Glass?

All fire glass available on TheMagicOfFire.com is a high-quality tempered glass. Domestic glass such as beer and wine bottles, jars, etc. and should never be used in a fire feature, it is dangerous to do so!

Our Fire Glass can withstand harsh weather and temperatures of up to 1300 degrees Fahrenheit without sustaining any damage or discoloration. Under normal conditions, this amazing product could last you a lifetime! All our Fire Glass has a Lifetime Warranty.

Top-quality fire glass does not emit any harmful chemicals, smoke, soot, or ash.

How Much Fire Glass Do I Need?

It is not necessary to fill your fire pit tray with fire glass. It is possible to utilize a filler ( we recommend small size lava rock 1/4″-1/2″ ). The filler fills the tray up to either level with or just above the burner. The fire glass sits on top of the lava rock.

For an average 2-inch deep fire pit tray, this would be about an inch depth of lava rock with an inch or so of fire glass on top. This reduces the amount of fire glass required and can be a considerable saving.

Lava rock is much lighter than glass, 10 lb of lava rock will provide approximately double the coverage of 10 lb of fire glass. 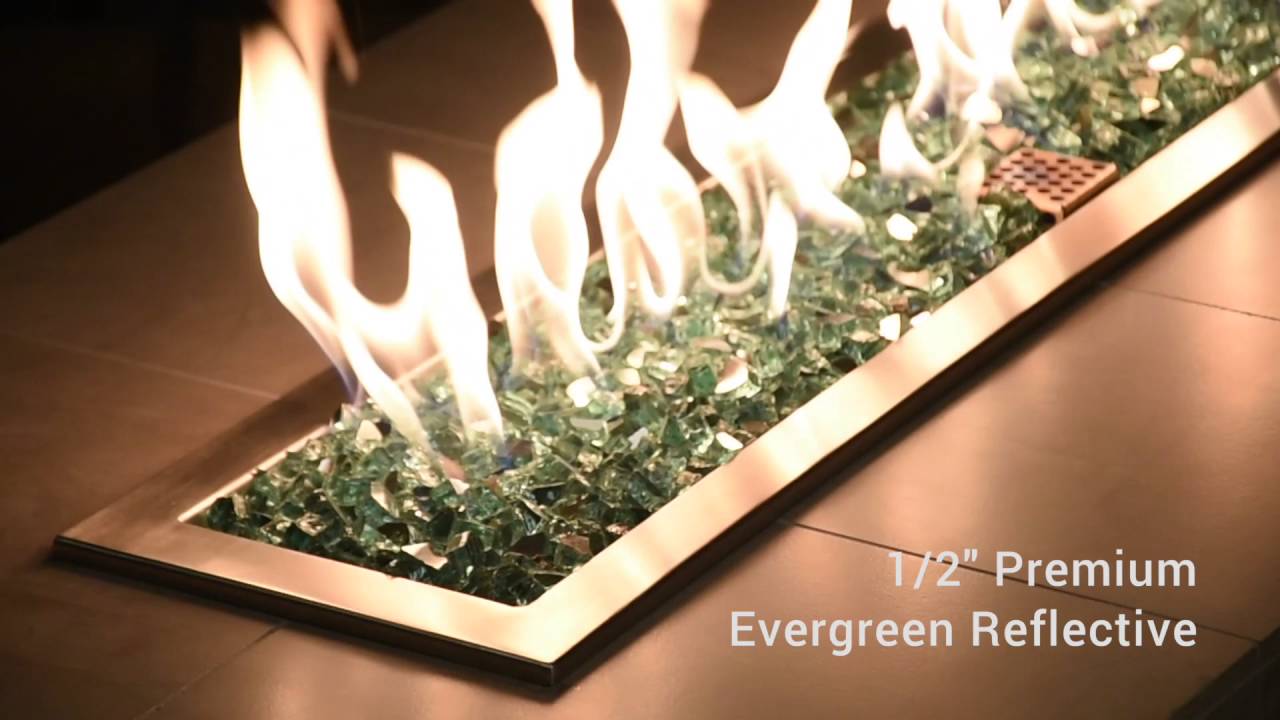